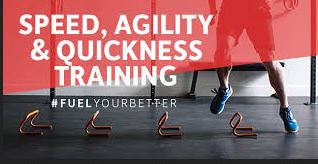 Speed and Agility Coach Michael Misson will be traveling from Sydney to deliver a Speed and Agility session on the Sunshine Coast.This session will be FREE to coaches and players. Only 50 spots at each session available so get in quick

While the event is being hosted by Queensland Oztag we know many of our players and coaches are from other sports such as Netball, Soccer, Rugby League and Union as well as AFL and many others

This session is designed to give coaches in any sport the basic tools to assist your players effectively in footwork and foot speed which are foundations skills in many of the movements on the field.

Michael Misson has represented Australia in rugby at schoolboy, under-19 and under-21 levels; in athletics at a junior level; and played professional rugby in the UK for 6 years. His father played cricket for Australia, his mother ran for Great Britain, and his brother has been a high performance manager for the Australian cricket team, Australian AFL team, the Wallabies, Tennis Australia, Athletics Australia, St Kilda and the Swans.

He believes that good sprinting technique starts at a young age. You can have children with natural ability but after a while this isn’t enough. To make it further and have an edge over your opponents you need to be taught proper technique and good habits.