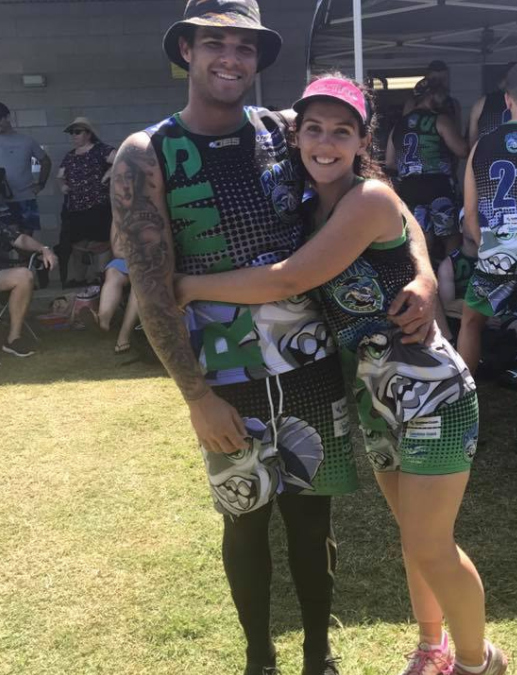 I’d been playing for a year and a bit and I was just getting into it properly when my partner and I found out I was pregnant with our first.
I ended up having my daughter 3 days before last year’s state cup (where my fiancé totally ditched me to go play! Haha) and after a few complications the Dr’s told me it would be 6-8 months before I would be able to run again, let alone play, so that was pretty devastating. But…

… I worked really hard on recovery and I played my first game just 4 months post baby (doctor approved, sort of!).

My secret goal to myself had been to go to nationals again and despite actually having to trial, I made it to Nationals for 2017 🙂.
I also lost the 15kgs I’d put on while pregnant plus another 5, which was an added bonus!

Why I love Oztag:

Oztag allowed me to feel like me again after having bub and I am Oztag crazy (my friends all agree!) 😂 I love it!